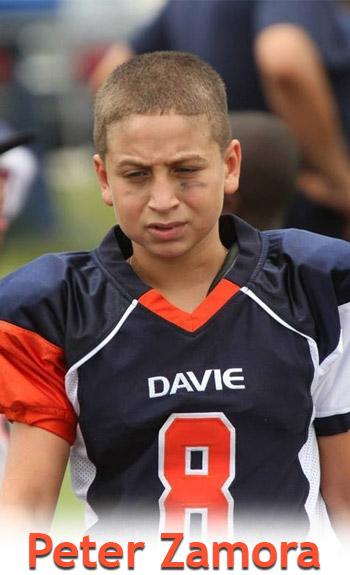 To have success in life you must work hard, be extremely persistent, patient, and have an unrelenting passion for what it is you want to be successful in. These guidelines apply to everything from building your own business, to mastering a musical instrument, to becoming a great quarterback.

There are no limits to who can achieve success, no matter how tall, short, young or old; if you want something bad enough and push yourself every single day, you can be successful. Peter Zamora is no exception. He displays the kind of work ethic, drive, and moxie that all successful people share, while only being 12 years old.

Growing up as an only child in South Florida Peter Zamora grew up like every other kid; he had two loving parents, a desire to learn, play, and just be a kid. But one day Peter decided he wanted to do something more, he wanted to be like his old man and play football. At the age of nine Peter signed up to play for the Davie Broncos, an AYFL team that  played against other teams from around South Florida such as the PPO Bengals and the Coral Springs Chargers. 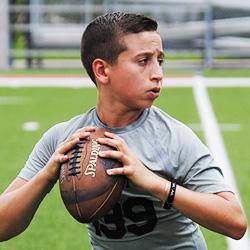 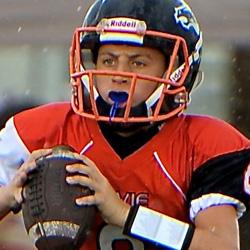 From the get-go Peter knew he wanted to be a quarterback, despite being warned that the quarterback is a very difficult position to play and that it would take hours upon hours of hard work to become successful at that position. But he didn’t care what it took because he was going to tackle that challenge head on and be the best quarterback he could possibly be.

But Peter’s ambition doesn’t end there. He is a straight “A” student who is also very dedicated to his religion and attends church twice a week, once for bible study and the other for service on Sundays. He has practice five days a week, games on Saturdays, all the while leaving a little time for himself to be a kid. It’s not easy being Peter Zamora, but he doesn’t seem to mind; in fact, he seems to welcome it. Being a one-sport athlete, Peter has half the year to focus on in-season activities such as practice and games, while the other half of the year he takes time out of his already busy schedule to go to camps and combines to get better as a player.

It's easy for someone like Peter to get caught up in it all and look too far ahead while not focusing on what is right in front of him, but Peter is focused on one thing and one thing only: getting better. Whether it’s in the classroom or on the field, Peter is constantly making gains because he has the will, drive, and a “won’t say no” attitude that it takes to be successful on and off the field.

As it turns out, Peter, who is more commonly known as “QB Pete”, is capable of being a pretty darn good quarterback with an incredible arm for an athlete his size and age. While although still young, it is obvious to many that Peter is special, and that even though he hasn’t finished growing and will continue to progress as an athlete, he is certainly someone to keep an eye on. We sure will.