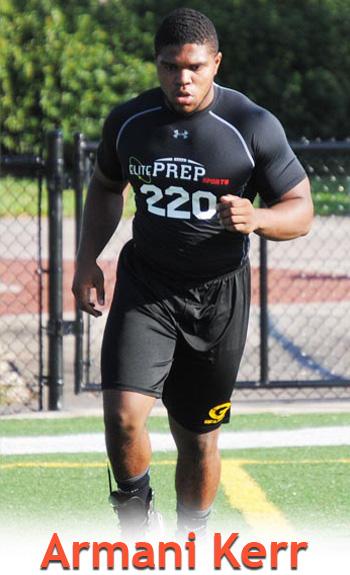 Miami Jackson High’s inside linebacker/defensive lineman Armani Kerr (class of 2015) is the type of guy you see and know he’s a football player without asking questions. His build is slightly undersized for his position at 5’11,” but at 230 pounds and the hitting strength of a wrecking ball, what he lacks in height is more than made up in his brute force and Ray Lewis-like tenacity.

His strength parallels that of some NFL prospects, as far as weight room numbers go. He squats 650 lbs, cleans 350 lbs, and benches 225 lbs for 24 reps. For a bit of comparison, Jadaveon Clowney, the first overall pick in the 2014 NFL Draft, benched 225 lbs for 21 reps at the NFL scouting combine. Despite these figures, Division 1 programs have not aggresively recruited Armani due to his short time at linebacker.

For the first 3 seasons of his high school career (Miramar and Monsignor Pace) his strength was put to use on the defensive line where his ability to move through offensive lines  continually resulted in 3-and-outs for his opponents. Undoubtedly, the mechanics of both positions can be worlds apart. While he shows flashes of excellence at inside linebacker for the Generals, he needs another year of polishing and earning the position. 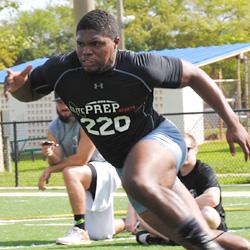 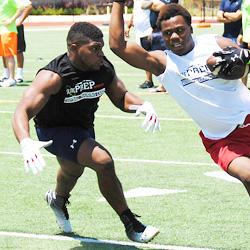 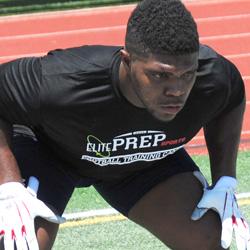 Kerr’s strength is displayed in several clips throughout his senior season, in which he delivers bone-crunching hits on running backs, paralleling those of former University of Miami and current San Diego Chargers linebacker Denzel Perryman. If he can improve his coverage skills and overall instincts, there is no doubt he has the power to be elite. 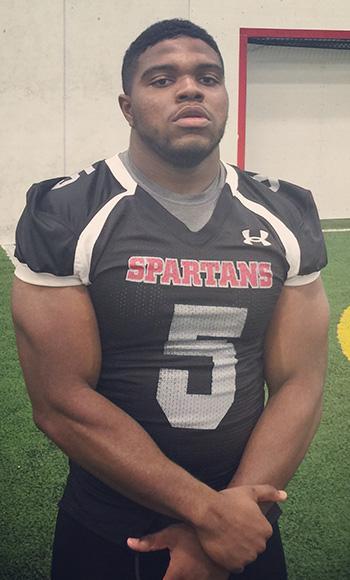 In hopes of trying to land with a D1 program, Kerr is embarking on a path rarely traveled by young South Florida talent; he is taking a post-grad year at Atlanta Sports Academy Post Graduate Prep. Essentially, he will be playing another year of high school football, giving him another 12 months to mature at linebacker without losing any college eligibility.

The talent is undoubtedly there as he was selected to play at the Miami-Dade County All-Star game despite it being his first year at linebacker. With former NFL players such as Arturo Freeman and Phil Clark as trainers and mentors, strength and speed conditioning by Luis Valero at Strength and Speed Institute and an upcoming PG year, you can count on Armani turning heads in the D1 arena very soon.